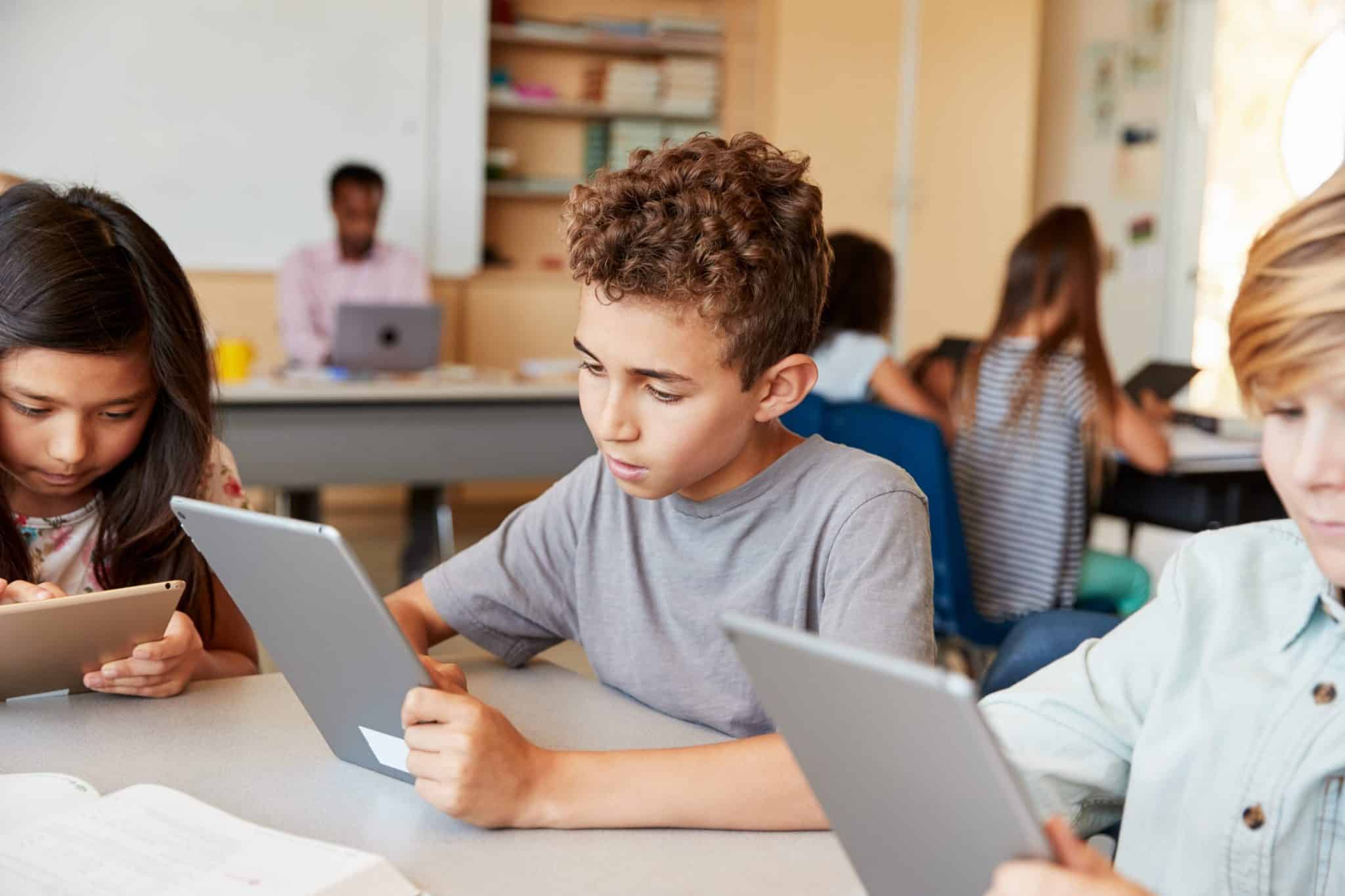 It’s no secret that Norman Public Schools (OK) are more than just an order number to Diamond Assets.

How do they know? Because when times got tough, Diamond Assets employees rolled up their shirtsleeves and got to work right at the school.

Chief Technology Officer Peter Liesenfeld thought he had more time to implement a technology swap until his district started working with Diamond. That’s when he realized the window to maximize their return on investment was quickly closing. So rather than trading in their aging fleet over the summer, when they had the luxury of time, Liesenfeld instead opted to do it during a short school break.

Norman Public Schools had just 15 days to do tagging and provision on 8,000 devices. It seemed like an impossible task, but the savings were so significant that Liesenfeld simply had to make it work. Diamond Assets was so committed to helping the district do it that they sent several employees to Oklahoma to boost manpower so Norman Public Schools would be ready to hand new devices to students when they returned from break.

For two weeks, Diamond joined Norman’s IT employees as they boxed up the old and unpackaged the new. They spent long days doing work that normally would take a couple of months – but they fit it into mere days.

By the end, however, every Norman school child was able to seamlessly transition back to their classroom and pick up where they left off with their new device. As for the district, Liesenfeld had made a financial choice that set his district up for the best possible technology planning moving forward for years to come.

It was a difficult transition, but it certainly was the right one. Liesenfeld said they couldn’t have done it without the support of Diamond Assets. They truly showed up when it mattered.

“Through Diamond Assets, we learned that there’s a financial sweet spot when it comes to refreshing your fleet. We found the financial upside to timing our buyback was well worth the time.”

An article that initially ran in Authority Magazine, here is an interview with Dr. Tim Schigur.

Community Consolidated School District 62 announced it was the recipient of funds that will go directly to support future technology...

Diamond Assets, one of the nation’s largest and most-trusted technology buyback partners serving schools, businesses, and government agencies, has been...

Utilizing one-to-one technology isn’t a new concept for the Tustin (CA) Unified School District. But making it work to their...

Read More
We use cookies on our website to give you the most relevant experience by remembering your preferences and repeat visits. By clicking “Accept All”, you consent to the use of ALL the cookies. However, you may visit "Cookie Settings" to provide a controlled consent.
Cookie SettingsAccept All
Manage consent

This website uses cookies to improve your experience while you navigate through the website. Out of these, the cookies that are categorized as necessary are stored on your browser as they are essential for the working of basic functionalities of the website. We also use third-party cookies that help us analyze and understand how you use this website. These cookies will be stored in your browser only with your consent. You also have the option to opt-out of these cookies. But opting out of some of these cookies may affect your browsing experience.
Necessary Always Enabled
Necessary cookies are absolutely essential for the website to function properly. These cookies ensure basic functionalities and security features of the website, anonymously.
Functional
Functional cookies help to perform certain functionalities like sharing the content of the website on social media platforms, collect feedbacks, and other third-party features.
Performance
Performance cookies are used to understand and analyze the key performance indexes of the website which helps in delivering a better user experience for the visitors.
Analytics
Analytical cookies are used to understand how visitors interact with the website. These cookies help provide information on metrics the number of visitors, bounce rate, traffic source, etc.
Advertisement
Advertisement cookies are used to provide visitors with relevant ads and marketing campaigns. These cookies track visitors across websites and collect information to provide customized ads.
Others
Other uncategorized cookies are those that are being analyzed and have not been classified into a category as yet.
SAVE & ACCEPT